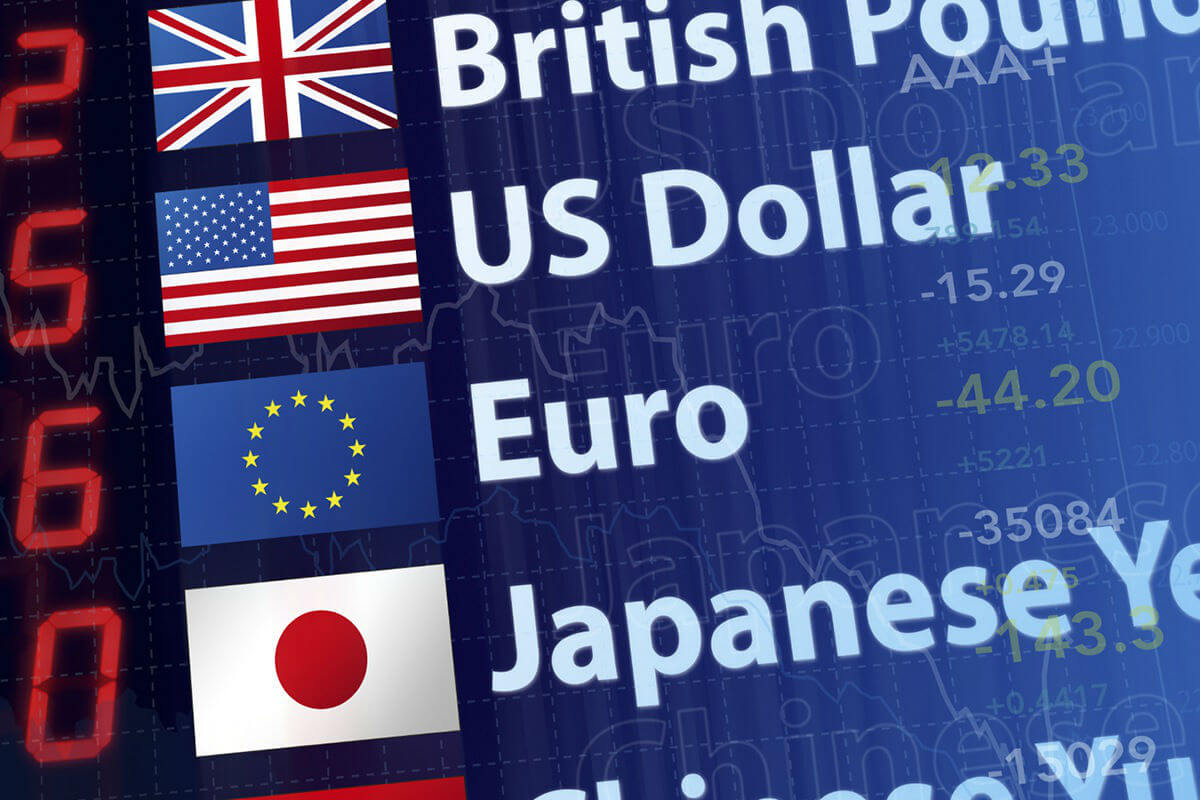 Foreign exchange markets are the most widely used trading platform anywhere in the world. Sources suggest that nearly $5 trillion worth of foreign currency is exchanged every day in the FX market. So why people prefer forex markets over stock trading or commodity trading? The answer lies in their excess liquidity and continuous accessibility to investors. The trading for foreign currency starts at 5 pm EST on Sunday and then ends at 4 pm EST on Friday, making it the only trading platform in the world that continues 24 hours a day, and 7 days a week. Market makers and brokers allow a high leverage to investors in FX markets. These investors may borrow up to 100 times the original currency value on a 1% margin from the broker. This shows how lucrative the currency markets are for buy side as well as the sell side.

Demand for foreign exchange never ceases to exist, and the central banks of countries around the world ensure that there is enough foreign currency available in local markets for people to trade internationally. Foreign currency can be used in many different ways. A tourist traveling out of the country may require it to purchase local goods or services. Companies, on the other hand, can use FX to make payments to their suppliers, and government entities like federal banks can use foreign exchange to control interest rates in the local markets.

Many would agree that currency exchange is the cheapest form of trade anywhere in the world. There are many reasons to it, and some of the important ones are mentioned below:

For an investor to trade in the stock market, they would need to hire a broker, create an account with a brokerage house and pay different types of fees including service fee and account opening fee. All these services require paperwork as well. Hence, there is a considerable amount of time, effort and expense required before you can start trading in the stock market. Foreign currency markets are decentralized, therefore there is not much paperwork required with an intermediary or a central depository.

Commodity trading is also an option for traders who are willing to start trading. However, this field also requires a considerable amount of work to find the buyer and negotiate the right price. At the end of the day, commodity traders may also need foreign exchange to trade internationally.

Since the demand for foreign currency never ceases to exist, the market moves very quickly. What this essentially means is that there is almost always a buyer standing-by to exchange a foreign currency with a local one.

Here are some useful steps that are followed during an FX trade:

The value of the trade is determined by the base currency to foreign currency ratio. A trade pair of USD/JPY suggests that the base currency is US dollars and the trade currency is the Japanese Yen. If the number next to this ratio stands at 100, this means you get 100 yens for every dollar that you give to the money changer. To make money on such a trade, you should study whether the Japanese yen is going to rise or fall in the near future against USD. If the Japanese yen shows an upward trend, then it is better for you to buy the yen and sell it when the ratio of USD/JPY goes down.

The gain that you will make on this foreign exchange trade will be called your spread. If you gained 2 dollars on a 100 dollars trade, then your spread will be 2%. The higher the spread, the better your trade.
Since foreign exchange markets offer more liquidity and high volatility, brokerage houses may allow investors to borrow foreign currency form them on leverage. What this essentially means is that a broker will lend traders more foreign currency than they can buy. This is called the ‘leverage’ given by the brokers to the investors. In return, the brokers charge a certain percentage on an investor’s gains.

Anyone willing to start trading in the foreign exchange market would need to gain an understanding of how these markets fluctuate. If you know what can create volatility in the FX market, you can organize your trades accordingly so that you can increase your margins. The factors that can influence a foreign exchange trade include:

The inflation rate is one of the key economic indicators of a country. If the inflation rate rises, people have to pay more for the same commodity. This decreases the buying power of the general population. Manufacturers end up losing money and demand for their products falls down. Interest rates go down in such an environment as well, since financing is not required by the general population in the market. Eventually, foreigners do not want to acquire local currency and the value of the base currency in the global markets goes down.

Countries often raise public debt to finance their welfare projects. These projects may include transport infrastructure and healthcare facilities amongst others. However, if the country is not able to generate enough income to balance its realized expenses, its debt may start piling up. Eventually, the government either has to approach foreign financial institutions to service its debt or it starts to default. A high default rate will dissuade investors to do business in the country, which eventually increases its trade deficit. Hence, the value of local currency depreciates in the foreign exchange market.

A country’s current account consists of its imports, exports, interests, and commissions. A deficit in the current account suggests that the country is paying more for importing foreign products than it is earning from its import. To balance this trade deficit the government starts printing more money to maintain the balance of foreign and local currency in the market. Since the exports are low, the country may start borrowing from foreign sources to meet its local obligations. Eventually, the value of the local currency goes down as foreign investors do not want to purchase the local products at the current price. As the demand goes low, the prices of products in the country keep falling, until the local products are cheap enough for the international importers. Although the country’s exports start to rise again, it comes at the cost of lower domestic currency value.

A vital determinant of currency value is the difference between the volume of a country’s imports and exports. A country that earns more from exports than what it spends on its imports is able to build a strong local economy. Such countries do not have to take much public debt to service their local infrastructure. As a result, their inflation rate tends to be low as well. Japan is one of those countries that import a lot of produce for its people from all over the world. However, since its exports are high as well, it is able to maintain a strong economy. Countries, where terms of trade are positive, have higher currency value than those where terms of trade are negative.

A country’s geopolitical environment plays an important role in strengthening or devaluing its local currency. The United States recent tensions with South Korea have played an integral role in changing the global foreign exchange markets. The speculation of war between the two countries has driven the markets towards a bearish trend. Countries that have high local and foreign reserves are able to maintain the value of their currency even in tough political times. Stability in the political system suggests that federal policies will remain unchanged till the end of a political term. This allows investors to have a long-term relationship with a politically stable country. The higher levels of foreign investment give rise to economic growth and eventually raises the value of local currency.

Benefits of Trading in FX markets

There are numerous benefits for investors who want to trade on a currency exchange platform. Some of the most significant benefits include:

Foreign currency is the most liquid asset after hard cash. Investing in foreign currency does not require a trader to enter into any binding contract. As soon as there is an opportunity in the market, a foreign exchange investor can approach a money changer to get access to local currency. There is no ‘lockup’ period in currency trading as well. What this essentially means is that an investor can opt out of a currency position any time they like in exchange for a local or any other currency. Since they are highly liquid, investors can carry foreign currency anywhere in the world and liquidate their assets as and when required.

FX trading occurs in a decentralized market. What this means is that there is no intermediary in between the buy and sell side investors. Also, there is no central depository to hold the foreign currency assets.

This helps investors perform a trade in any part of the world on any day of the week. Unlike the popular London or New York stock exchanges, there is no trading bell to stop the trading on a given day. Decentralized trading also allows investors to settle their trades very quickly without any central agency authorizing each trade.

Global markets have witnessed a number of rises and fall in the past few years. In such a volatile trading environment, investors are always looking for assets that can help create diversification in their portfolio. By diversifying their investments into different assets classes, investors and wealth managers are able to ‘hedge’ their risks against the downside of the market. Since foreign exchange is not always correlated with stocks or bond markets, it is a great way to hedge the portfolio in case the financial markets start declining.

There are different types of trading platforms available for investors to trade their foreign exchange assets. The most popular FX trading platform is the Spot market. These markets allow investors to trade on the current price of the foreign currency. Since spot trades are done in real time, the value of a trade can change within seconds. There are Future of Forward markets for foreign currency trading as well. These platforms allow investors to trade assets on a particular price in the future. Traders in future or forward FX markets take advantage of market speculation to increase their spread on the trade. Since these speculations can increase or decrease the value of a trade, wealth managers perform thorough research before entering into such contracts with the brokers.

Foreign currency trading is one of the most effective ways available to investors for increasing their wealth in a minimal amount of time. However, it is recommended that investors do some research on global markets before they start trading on a foreign currency platform. It allows currency traders to maximize their return on investment and avoid downward trends in the market.

DMX MARKETS Review – Using the Five Metrics to Decide if dmxmarkets.com Is a Reliable Online Broker

Review – Markets Pilot Scam – Is It Real or Not?