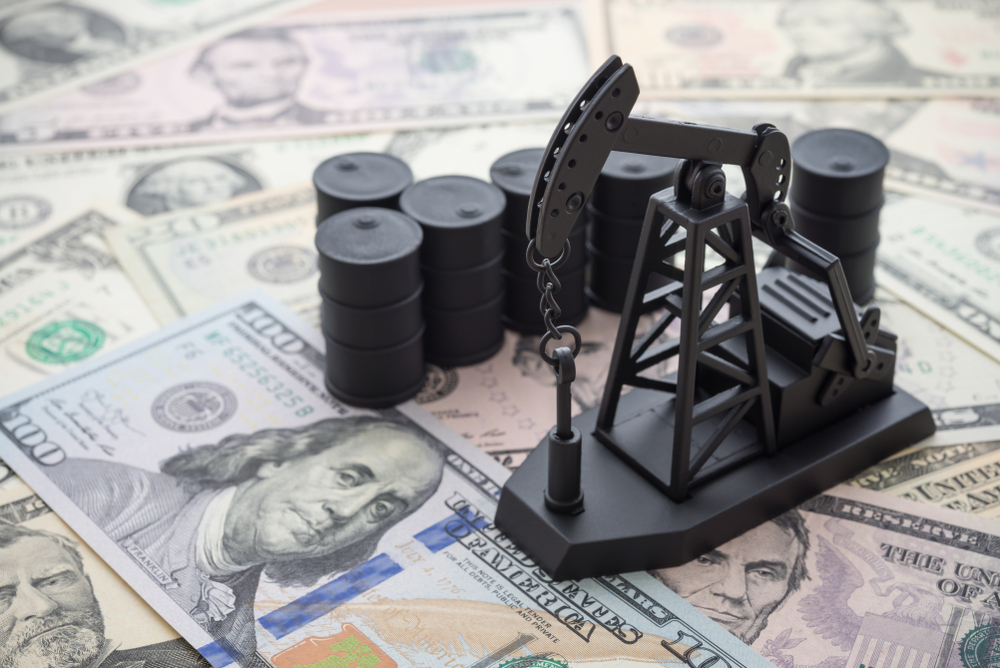 Oil prices have been trending higher, climbing 56% in 2021. West Texas Intermediate (WTI), the U.S. benchmark, has also risen in December after testing the most recent lows near $64 per barrel early in the month. Lower than average stockpiles, in conjunction with slower output in the wake of the COVID-19 pandemic and a robust rebound in demand has led to an upward trend in oil prices.

Oil demand was at record levels before the latest omicron variant and increasing demand for air travel should continue to buoy oil consumption. Some prominent investment banks such as Goldman Sachs have recently predicted that oil prices could hit $100 per barrel.

Why is Production Down?

At the beginning of the pandemic, lockdowns across the globe put downward pressure on oil demand. Along with production from countries like the United States, OPEC was pressed to reduce costs quickly. Concern for need was so extensive that in April of 2020, online trading of WTI oil prices moved below zero, reflecting the huge demand for storage costs and the lack of oil demand.

With demand rising, OPEC announced on January 4, 2022, that the cartel would add another 400,000 barrels a day. This move by OPEC was geared to help stop the rise in oil prices and produce enough to satiate demand.

Most of the decline was due to the reduction in spending from oil companies due to the lack of demand. Unfortunately, these same oil companies have not been able to ramp up oil production as demand has increased.

Finding employees that will work at oil companies on rigs has been a challenge, as has hiring throughout the United States. The most recent Jobs Openings and Labor Turnover Survey released by the Labor Department shows a record quit rate and more than 10 million job openings.

The number of active oil rigs producing oil in the United States dropped precipitously during the lockdowns. The highs in 2019 were 1,075 active oil rigs, and the highs ahead of the pandemic in 2020 were close to 800 active rigs. These elevated active oil rigs lead to relatively smooth online trading of WTI crude oil prices.

Imports have not made up the lack of more than 1.2 million barrels a day from U.S. production. This scenario has led to a decline in U.S. stockpiles of crude oi which are now below the 5 year average range for this time of year. 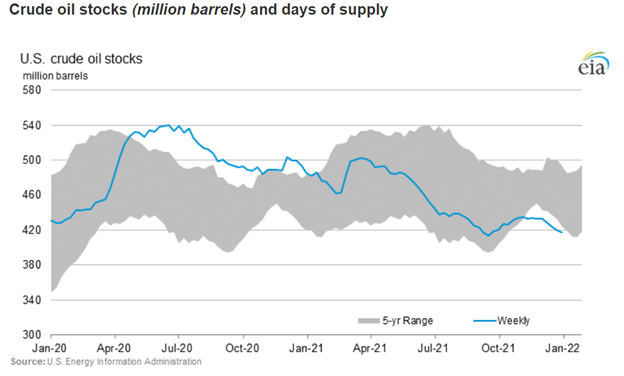 The trajectory of crude oil stockpiles in the United States is downward sloping, which can be seen on the chart sourced from the Energy Information Administration. If production lags behind demand, stocks will likely decline, generating upward pressure on crude oil prices.

Oil prices could hit $100 per barrel. Demand is at record levels, and supply has yet to recover. In the wake, the pandemic caused a sharp decline in demand, which was met with a cut-off of supply. Demand has rebounded as vaccines and therapeutics were quickly released, creating a mismatch in the volumes of oil consumed relative to the volumes produced.

Oil rigs in the United States are still well below the levels seen ahead of the pandemic, and production is down more than 1.2 million barrels a day. The mismatch in supply and demand has pushed U.S. inventory levels below the 5 year average range for this time of year.

The trajectory of inventory declines is downward sloping, which has led to higher WTI oil prices. Goldman Sachs is amongst several corporations that see crude oil going above $100 per barrel, however only time will tell.