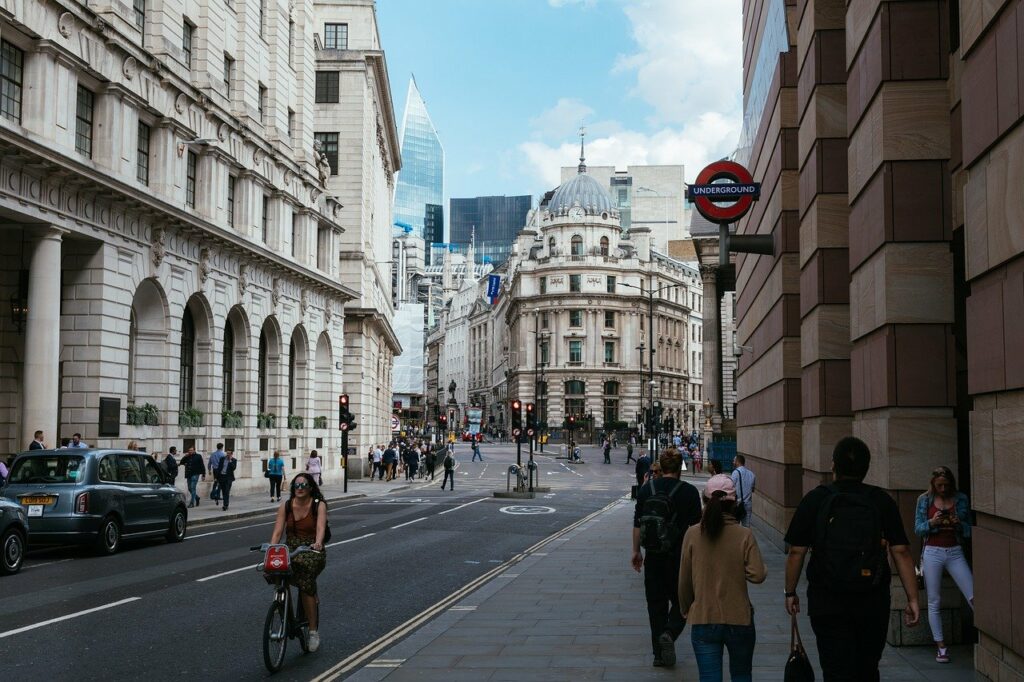 On Thursday, the Bank of England pushed up its key interest rate from 1.75% to 2.25% and stated that it would not hesitate in being forceful, if necessary, in order to combat inflation.

It said that it would do so, despite the UK economy moving into a recession. According to the estimates of the British central bank, the economy will decline by 0.1% in the third quarter of the year.

The economy meets the definition of a technical recession, not only due to the decline, with the additional public holiday for the funeral of the Queen, but also due to falling output in the last quarter.

Last week, economists had already predicted that the Bank of England (BoE) would repeat the 50 basis points hike announced in August.

However, financial markets had been betting on a 75 basis points increase, which would be the biggest one to be seen since 1989.

The move from the British central bank came a day after the US Federal Reserve also delivered an interest rate hike of three quarters of a percentage point.

Global central banks are grappling with the impact on energy prices due to the Russian invasion of Ukraine and the post-pandemic labor shortages.

The BoE used words that it had used in its previous policy meeting as well when it said that the Committee would respond forcefully if inflationary pressures persist, like robust demand.

The Monetary Policy Committee (MPC) of the Bank of England (BoE) voted to increase rates to 2.25% 5-4, with Swati Dhingra, the new MPC member, wanting the rate to be hiked by 25 basis points.

However, external MPC members Catherine Mann and Jonathan Haskel, along with Deputy Governor Dave Ramsden, had wanted the rate to increase to 2.5%.

As far as the BoE’s bond holdings worth 838 billion pounds are concerned, the MPC voted unanimously to reduce them by 100 billion pounds in the coming year.

This would be accomplished by using active sales to help the bonds mature, starting next month and were in accordance with the goal introduced in August.

As far as inflation is concerned, the British central bank believes that it would climb to just below 11% in the next month, which is lower than the peak of 13.3% predicted in the previous month.

This was before Liz Truss was chosen as the Prime Minister of Britain and promised to cut taxes and impose energy tariffs.

The BoE stated that it was likely for inflation to stay above 10% for a couple of months before it declines. In July, there was a drop in consumer price inflation from a high of 40 years of 10.1% to 9.9%.

This was the first decline seen in almost a year. Updates about the fiscal plan of the government will be disclosed on Friday by Kwasi Kwarteng, Britain’s new finance minister.

It is possible that a stimulus of 150 billion may be announced in the plans and its impact would be assessed in November’s policy meeting of the BoE.