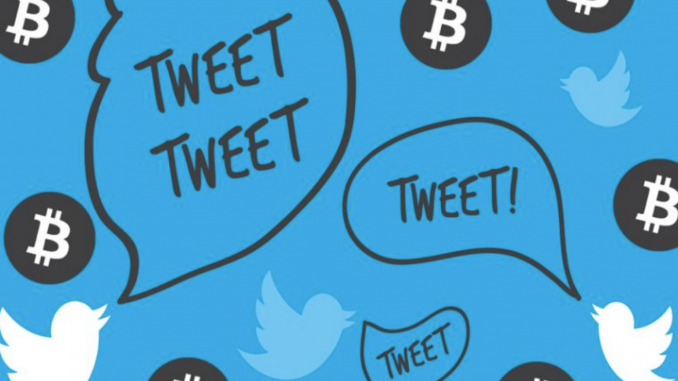 The one thing a cryptocurrency analyst, a world-famous billionaire and a young budding tech entrepreneur have in common is the fact that they are all positive about Bitcoin. Santiment, a data analyzing firm, carried out a survey on Twitter about what people feel about the positives and negatives of leading digital assets, Bitcoin. The firm noted that the majority of the online population that was interviewed on Twitter had good words about Bitcoin ahead of the anticipated halving.

Santiment was quoted in a tweet that he made on Twitter that said: “Since beginning to track Sentiment Volume Consumed data on various crypto platforms 25 months ago, BTC’s community’s ratio and quantity of positivity are at all-time high levels,”. “The crowd is optimistic that this post-halving looks bright!” the firm further noted.

Since beginning to track @santimentfeed's Sentiment Volume Consumed data on various #crypto platforms 25 months ago, $BTC's #Twitter community's ratio and quantity of positivity is at ATH levels. The crowd is optimistic that this post-halving looks bright! https://t.co/ZUZpq8tZ0d pic.twitter.com/D3QzwkFuz6

Halving generally means the slashing in half of the rewards that miners get from a block of Bitcoin, which occurs every four years with the latest one happening a little above 24 hours ago. The event occurs after 210,000 blocks are mined with the outcome always bullish as in previous cases.

Majority Are Hoping The Halving Turns Out Well

With the volatility in the market before the halving, santiment was able to confirm that majority of the crypto community is eagerly anticipating that the halving brings about a surge in the price of the asset. The coin suffered a backdrop when it went as low as slashing the price in half in March, and the price has continued to move high ever since then with the price around the $9,000 mark.

Nevertheless, records show that the number of people that are backing the coin positively in 2019 rose significantly in 2020, with the majority hoping that the currency would witness the surge that was predicted.

The ongoing Coronavirus pandemic has affected the economy of most global countries bringing major businesses and markets to their knees, with many people losing jobs. Crypto analysts have always seen bitcoin as something that would shield one in times like this with them claiming that the coin would bring in profits during this time.

Some countries around the world are looking to use crypto to pay their populations with the view to get to most people that need the palliative on time. Reports surfaced around last month that the majority of the US population were using the $1,200 incentives paid to them by the government to buy cryptos. While some analysts called it a wrong move because of the prices like the coin, others applauded the move as a smart and profit-based move.