on February 6, 2020in Cryptocurrency Trading, News 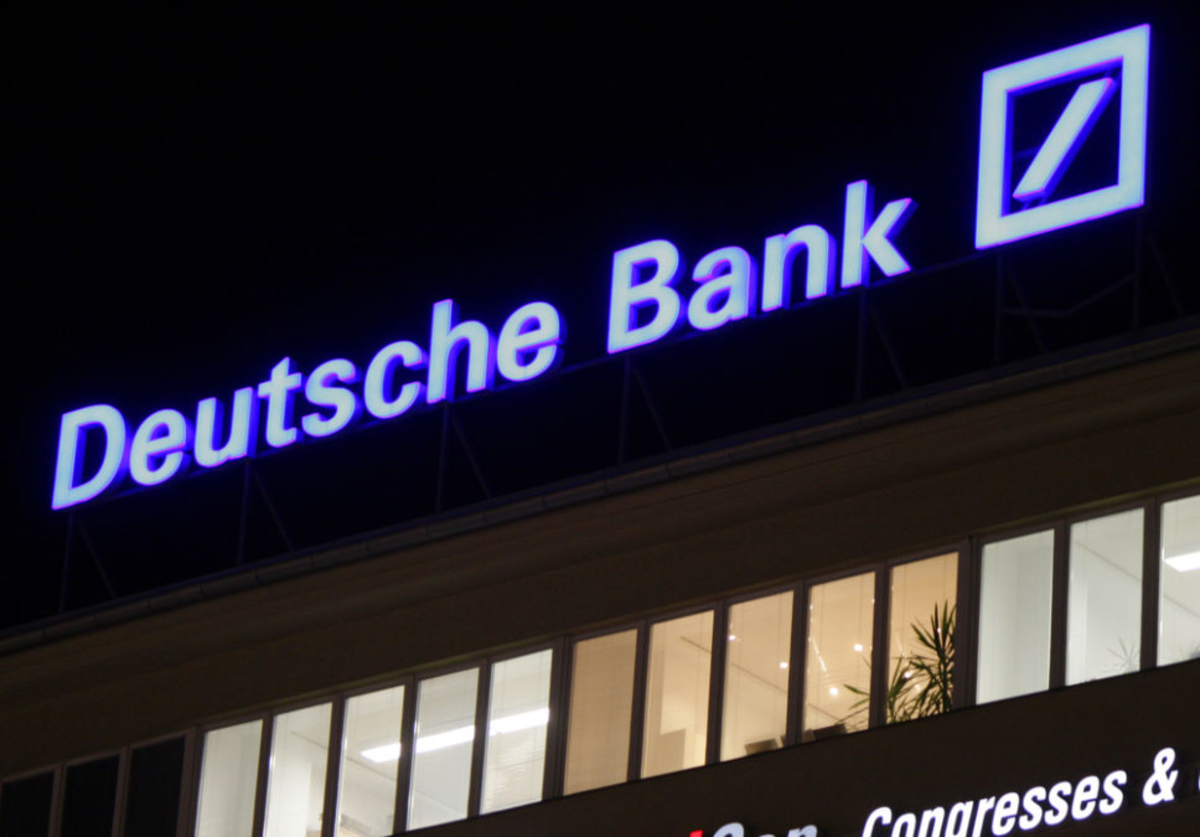 Cryptocurrency will hit the 200 million users by 2030, per the January 2020 report, on the part of Deutsch Bank. The report also shows which factors will enable the digital currency to be recognized at a wider level.

Investors, around the world, got attracted to bitcoin when it surged to $20,000 in 2017-the highest value noted since bitcoin creation. Seeing the potential of digital currency, many big Fintech corporates and companies employed the blockchain technology underlying the digital currency.

The stunning features of the cryptocurrency and, the technology underlying it, will catalyze the crypto adoption to an unprecedented level. Deutsch bank’s report also based on the view that digital currency will expand to 200 million users by 2030.

Per the report, ‘’If we connect the dots between the dematerialisation of payments and the rise of cryptocurrencies, we can envision a near future in which cryptocurrencies gain broad acceptance.’’

However, according to some crypto maximalists, the goal of crypto acceptance by 200 million users will be attained in less time as compared to the report’s speculation.

S-curve growth like the internet, but not as pronounced

I think we could hit 200m in half that time

Crypto is software only

According to the report, currently, there are 50 million crypto wallet addresses active on the public ledger: blockchain. This number is continuously piling up with more and more traders and investors entering the arena of the digital economy.

Blockchain, with its open-source peer-to-peer feature, is providing a better opportunity for people who are not accessible to banks: unbanked masses comprised almost 2 billion people. They will definitely select the better option for making transactions-secure and easy to follow procedure. 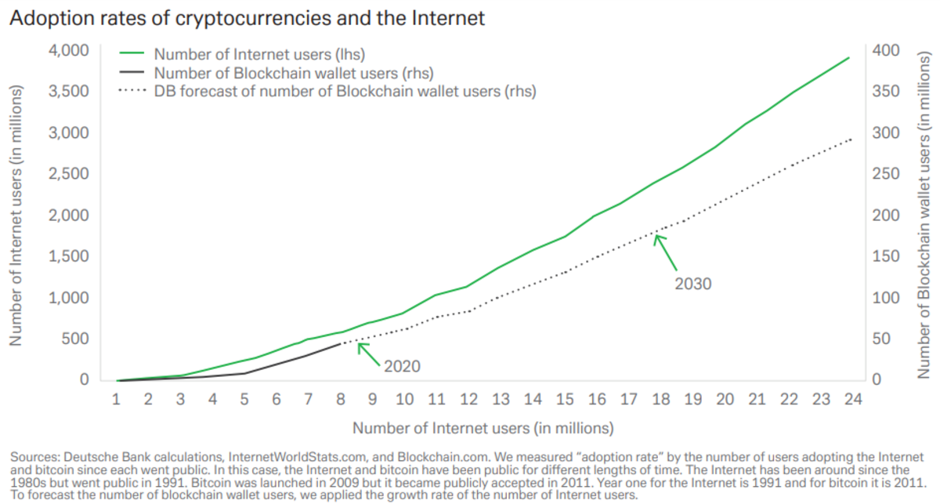 As sown in the above chart, internet and cryptocurrency are, somewhat, correlating in terms of adoption and expansion. The internet needs a finance option to be fully optimized over the network for payments: that will be only served by the cryptocurrency.

The data also unveils the fact that the younger generation (age 18-34) is more inclined to buy and sell the cryptocurrencies. The youth’s interest in the digital currency will also act as a catalyst to boost the crypto’s adoption.

Government and Giant Firms are Catalysts

The boost to crypto assets is also in the hands of governments and giant corporations. If governments can exploit the blockchain for the departments, then, the currency, that supports this advanced technology, will also get a kick.

The companies, whose users reached billions, can increase the crypto adoption- if they start accepting payments in bitcoin and other digital coins. As the report stresses:

‘’If the Chinese government, along with Google, Amazon, Facebook, or Apple (the so-called GAFA group), or a Chinese company like Tencent can overcome some of the barriers to cryptocurrencies (discussed later), then cryptocurrencies could become more appealing.

Cryptocurrency needs to be Regulated

The main difference between the fiat currency and the cryptocurrency is the extent of regulation. Besides its enormous potential, cryptocurrency, still, needs to be fully regulated to be recognized as a trustable currency for the payments. As the report states, ‘’No cryptocurrency will ever be able to emerge as a mainstream payment solution without approval from regulators.”