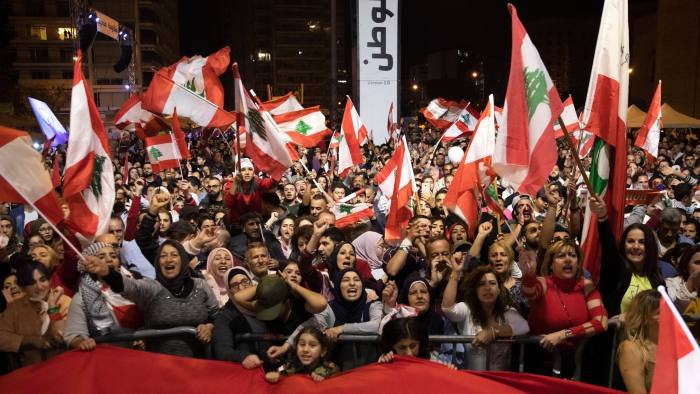 Lebanon is currently in deep problems as its currency has witnessed the lowest ever fall after it dropped as low as 80%. Compounding the woes of the country is the debt currently incurred by the Central Bank of the country which is in the range of around 170 trillion pounds. Things are not going to get better soon as the recent disagreement between the Lebanese government and the Central Bank is seeing no head way. The feud is the only limiting factor from getting a bailout fund from the International Monetary Fund.

According to the reports, its currency has witnessed a decline of about 80% largely because of the crisis that has rocked the country’s economy. As at Sunday, the Lebanese Pounds was sold at 8,000 to a dollar which shows that the currency has lost around 80% in a space of 10 months. Furthermore, the IMF has given stern warnings to Lebanon as regards the debt of its central bank, Banque de Liban, has accumulated which is totaled to be around 170 trillion Pounds.

According to a report by Financial Times, it said that the bank used “a series of sovereign debt and currency swaps with local lenders … to shore up the banking sector, attract foreign currency and stabilize the Lebanese pound.”According to further report, IMF said they reached out to the Finance Minister and Central Bank Governor of Lebanon about the debt. Quoting the statement, it said, “That activity, combined with the impact of Lebanon’s default in March on the bank’s sovereign bond holdings and a collapse in the value of the currency, has resulted in accumulated losses of about £170tn”.

News outlets reported that the losses incurred by the bank is equal to about 91% of the country’s total output in 2019. Since 1997, the exchange rate for the Lebanese pound against a dollar was pegged at 1507.5. According to the spokesperson of the IMF, he noted that their estimates are consistent with those of the government while some members of the parliament noted that the losses are substantially lower. With the current feud between the Lebanese government and the Central Bank still growing, it is the only obstacle blocking an emergency funding from the IMF.

According to IMF Managing Director Kristallina Georgieva said that she didn’t expect a breakthrough in negotiations with Lebanese officials. Georgieva said, IMF officials are still working with Lebanon, but it is not clear whether it is possible for the country’s leaders, active parties, and society to agree on implementing the reforms needed to stabilize the economy and boost economic growth.”

To Henri Chaoul, a banker and former advisor to the government in the IMF talks, he noted that if the country refuses to accept the conditions given by the IMF, they will eventually “walk away”. On June 17, Henri Chaoul resigned from his role as adviser of the Ministry of Finance. The country’s fiscal and monetary policy has severely come under so much criticism which has led to so many anti government protests across the country.